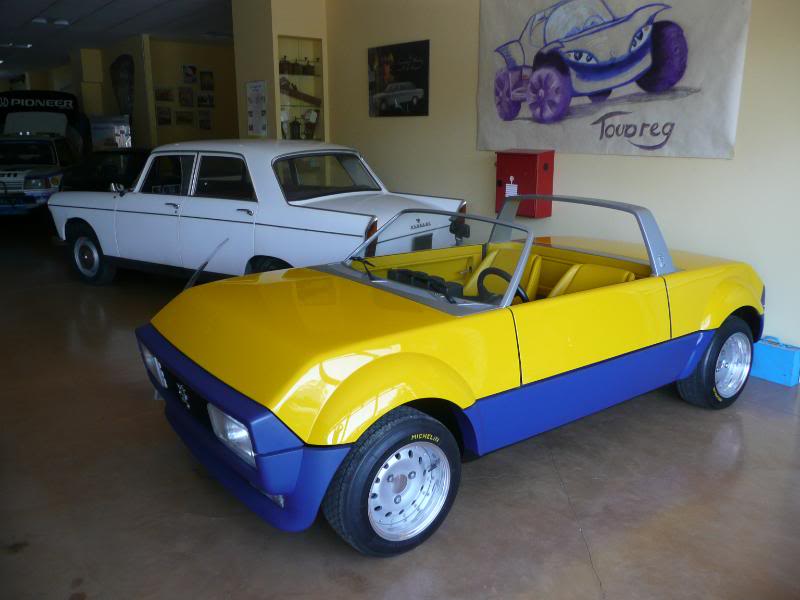 San Gimignano is an old Tuscan town, perched on the top of a hill, famous for the 13 towers that can be seen for miles in any direction. It is a charming place, and much beloved of tourists, large numbers of whom include on their itinerary while in the area. But for the car lover, there is an added, and quite surprising, reason to go. It is the location of a quite splendid museum dedicated to old Peugeots. Located just out of town, on the north western side, the museum is housed in a purpose built 2 storey block. You know that you are close, as when you come down the steep hill from the main road, you can see some very forlorn looking old Peugeots parked up round the back. I was told by the proprietor that these are indeed too far gone to repair and are there solely for spares. When I went, I was the only visitor, and so after wandering around for a while by myself, the owner caught up with me and told me a little about some of the cars on show, mostly in English, with the odd word of Italian where he did not know the word.
This Bebe Peugeot dates from 1916

This 162 model has 2 seats, with the passenger seated further back than the driver, this freeing up additional space. Slightly larger than the popular cycle cars of its day, it still represents a small car.

The 1923 model 163 looks very much like a Peugeot equivalent to Austin’s recently launched Seven model, and could seat 4 adults.

This 172 has a very low mileage on it indeed, as it was hidden away during the second world war and only emerged many years later. It is all completely original, and looks almost factory fresh.

There were two examples of the 301D cars on show, a Coupe and a Cabriolet.

The 402 looked not unlike Chrysler’s much derided Airflow of the same period, and it presaged a look that Peugeot adopted for all the “02” series models.

This 202 has only done 28,000km. The owner told me that he had taken it out the previous weekend, and it drives very nicely. The car was owned by the local Prefettura, and only used for official business, spending most of its time in a garage, which is why it is so original, even down to the paint on the steering wheel.

There was a second 202, an estate car. The doors are made completely out of wood, with just an inner trim, unlike many of the American woodies of the period where the wood was just a decorative outer to the metalwork.

The only non Peugeot vehicle in the collection was this, a Simca 5 van. Simca made these under licence from Fiat, so, yes, it does indeed look like a Topolino.

Mainstay of the Peugeot range in the early 1950s was the 203. Although there were estate, and short lived Coupe models, it was the saloon that was produced in the largest numbers and two representatives of this model were on show.

There were several different examples of the much loved 404: saloon, coupe and convertible

The first front wheel drive Peugeots came in the mid 1960s with the launch of the 204 in 1965. A slightly more luxurious and powerful version, the 304 appeared in 1969. As well as saloon and estate models, very pretty coupe and convertible cars were offered, and this is a 304 Convertible. This 304 Convertible was the first car acquired by the museum’s proprietor, when he purchased it in 1982.

This Peugette is believed to be the sole survivor. Peugeot had a plan to sell an affordable open topped sports car, based on 104 mechanicals, and the prototype was displayed at Motor Shows in 1976. Only a handful of cars were produced and the model was never put into production as the timing was deemed to be wrong, as Europe was poised for another recessionary time.

The 504 Coupe and Convertible were a rare sighting in the UK, but how elegant are these?

When the 104 was launched in 1972, it was the smallest Peugeot for a very long time. The three door version was even smaller, with a truncated wheelbase. These two examples of the 104 “Z” cars showed just how small the cars were.

There was a very tatty 604 parked up outside the museum entrance, which is a restoration project (hurrah! there are too few of these elegant cars left!). Inside the museum, there were two further 604s. The extra long car was built by Heuliez in 1980 and was used to transport Pope John Paul II, on a visit to France, but it was not equipped with any special protection or security measures, so was withdrawn from service once it became clear that even the Pope needed protection. The other car is an early model, from the first 50 or produced, and was used as a support car for the Tour de France, as its livery would suggest.

The 205 is fast disappearing from the roads even of its native France. There were four cars in the museum, including a late model Roland Garros limited edition car, a couple of the much loved convertibles and one of the former Paris-Dakar rally cars.

Early versions of the 106 are also rare now, but one has been included in this collection.

There were two concept cars, neither of which I had even heard about or even seen in pictures. The 406 Toscana was a brave attempt at coming up with an open topped version of the large 4 door saloon. The Griffe2, also dating from 1995 was a study for an elegant coupe, the design of which never went further, though it did lead to the 406 Coupe, a car widely thought to be Peugeot’s last attractive car.

As you enter the museum, you are greeted by the slightly startling sight of this concept the Ion. 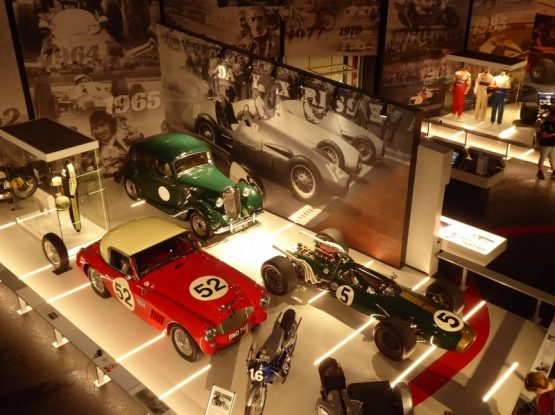 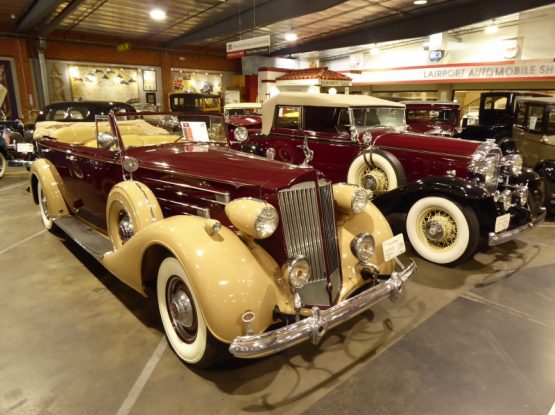 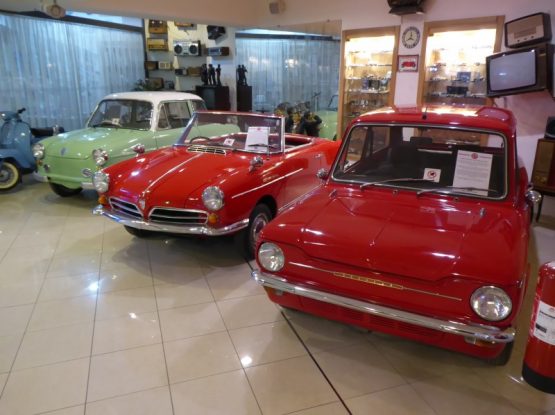